BEING
What is ManHusbandDad?
DOING

ManHusbandDad is an idea that makes men who they are supposed to be. At ManHusbandDad.com, our role in that idea is to help men realize the image of God that He wants them to be. This idea is a manifestation of Natural Law written by God to ensure success for those who follow it. That success is defined as attaining eternal life in Heaven and being Joyful in our being that image of Him here on Earth:

Who we are supposed to be.

A ManHusbandDad’s success is revealed in his attainment of Heaven and helping others do the same, particularly those to whom he has been charged, by God, the responsibility of them knowing Him. It is not a success fully realized in life or necessarily even recognized by others. A ManHusbandDad in his conscience knows if he is succeeding, and he knows God knows, too. Acknowledging and following Natural Law – God’s Law – creates a ManHusbandDad and brings the ManHusbandDad to eternal Joy and Happiness in the presence of God in Heaven.

In the pages that follow and in the ManHusbandDad idea, differentiation is made between a “man” and a “Man;” “husband” and “Husband;” and “dad” or “father” and “Dad.” And even a ManHusbandDad and a Man, a Husband, and a Dad, which are the Vocations that make up a ManHusbandDad.

This Idea – this Natural Law – might come across as old-fashioned, dated, medieval, or some other word that indicates it is an idea whose time is long gone, run its course, or otherwise become out-dated. In today’s culture anything that is unrelated to immediate gratification, pleasure, or narcissism is bound to appear that way.

But Society and Culture do not determine whether or not a Natural Law is True. Natural Law transcends that – for instance, gravity has and always will be a constant, immutable Natural Law, unaffected by opinion.

The Natural Law of ManHusbandDad is that focusing on BEING instead of DOING creates predictable positive consequences for individuals, families, and societies. The components to being a ManHusbandDad are:

Each of these components has predictable results when observed and lived, just as any Natural Laws do.

The predictable result, the positive consequence, is male human beings
BEING WHO THEY ARE SUPPOSED TO BE.

This Natural Law of ManHusbandDad has been around since Day One and will be around until the end of time. It has been written about and practiced by individuals for millennia. Only recently has it not only been ignored, but actively slaughtered.

[Statements of Fact]| [A Grain of Salt](Excerpted from the book: ManHusbandDad: Being Who We Are Supposed to Be)

The literal meaning of Vocation is “a call.”

But a vocation is more than an ordinary call. A vocation is a call from God, and anyone who has felt God’s call knows that the process of discerning and understanding that call is anything but simple. If it’s simple it’s probably because it was done much like I did a few years ago – left the conversation before God was done speaking. While most people think of a vocation as what they are called to DO in life, it is important to understand that the first and most urgent call from God is a call to BE.

The ManHusbandDad journey focuses on developing the discerning Mind (Mental), Body (Physical), Heart (Emotional), and Soul (Spiritual) for the material and immaterial Vocations of Man, Husband and Dad, as well as the Single life.7

Something radical and controversial may be in the bullet-list above, at least to some people. The fact that it may engender a few “No he didn’t!” or “Wait…what?!” moments with those words only speaks to the fact that what was from the Beginning and for millennia normal has now become radical, controversial and perhaps even designated as “hate speech.” It will be a constant conflict in this book. Truth versus being tolerant of untrue, even evil ideas and behavior.

[MORE…](Excerpted from the book: ManHusbandDad: Being Who We Are Supposed to Be)

Being a Man requires Moral Clarity through the Four Natiral Aptitudes and Virtuous Living. This section of the site coincides with Part One of the book, ManHusbandDad: Being Who We Are Supposed to Be, and explores these factors as well as the process of discerning a calling to BE a Man.

(Here’s a hint – if you were born with a standalone…)

Only a male can be a Man, and only a Man can be a Husband. That’s a Natural Law that no amount of opinion will change. This section coincides with Part Two of the book, ManHusbandDad: Being Who We Are Supposed to Be, and explores the Matrimonial Sacrifices rewuired of any Man discerning the calling to BE a Husband.

[GO TO BEING A HUSBAND…]

Being a Dad is part of being a Husband. Natural Law forbids Men to be fathers without being Husbands first. If a Man is not called to be a Dad, then he is not being called to be a Husband, either. This section coincides with Part Three of the book, ManHusbandDad: Being Who We Are Supposed to Be, and explores the Abba Aptitudes, Wisdom, and the Fear of The Lord required to BE a Dad. 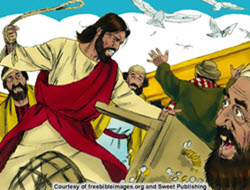 Masculinity only comes through Moral Clarity and Virtuous Living

DOING what it takes to BE a Man is difficult in today’s cultures and societies. It was tough for Jesus to be a Man 2000 years ago, too. If we are called to be like Him, we must be willing to stand out and often be seen as a pariah, hater, misogynist, homophobe or something else we aren’t. We must stand for Truth and most of us are unprepared for that, having been raised to be weak or bullied into defering to the politically correct whims of the media and progressives. These resources will help “gird your loins” and learn how to be Merciful and Just while refusing to tolerate or participate in the moral decay of today’s world. Leading our society to its own Moral Clarity begins here…

Not a Man but love someone who can or should be? These resources are for you, too!

Holy Matrimony is achieved by Living the Seven Sacrifices Daily

DOING what it takes to BE a Husband first entails BEING a Man. Becoming who we are supposed to be as Men is the foundation upon which being a Husband is built, and the resources available to Husbands are limited because the world hates and vilifies Husbands. We can only become Husbands if we are Men first, and building upon and continuing to use those Man Resources is a vital part of that foundation. In this section we provide valuable resources to Men who are discerning Matrimony as well as to Husbands. The Sacrificial commitment to reclaim the fundamental building block of society, The Family, begins here…

Not a Husband but love someone who can or should be? These resources are for you, too!

Dads Gain Wisdom and All Things in Fear of The Lord

The barren desert that Dads find themselves in today, without ally, armor, or armament is a tragic result of the willful destruction of the family by progressives and radical feminists who insist that Dads are not necessary in a modern society. The last half-century has seen Dads excommunicated from culture, ridiculed by media, and emasculated by governments – with our complete consent and blessing. These resources are for Dads, Man and Husbands coming to the discernment of being a Dad, and those who may have fallen short and want toreclaim their vocation as Dad. They build on the resources for Men and Husbands, so that Dads can finish the job here…

Not a Dad but love someone who can or should be? These resources are for you, too!

This entry is part 5 of 7 in the series What's Love Got To Do With It?

In human relationships, lovers never want to be divided from each other because those relationships are never able to flourish; creating a divorce.

END_OF_DOCUMENT_TOKEN_TO_BE_REPLACED

This entry is part 4 of 7 in the series What's Love Got To Do With It?

All women are beautiful, regardless of whatever societal beauty norms are. Even she who is disabled, for example, is beautiful due to the fact that in her nature she is beautiful because God made her to be so.

END_OF_DOCUMENT_TOKEN_TO_BE_REPLACED

This entry is part 3 of 7 in the series What's Love Got To Do With It?

I am in no way saying that a woman should be completely cloaking her feminine beauty, but at the same time she should not be dressing in clothing that barely covers her genitals. Feminine beauty needs to remain chaste, but also show a bit of a mystery.

END_OF_DOCUMENT_TOKEN_TO_BE_REPLACED

Gender and Beauty – Goodness in the Appealing Nature of a Woman’s Body, the Pinnacle of God’s Creative Beauty

This entry is part 2 of 7 in the series What's Love Got To Do With It?

Since God is Love; we are made in His image and likeness, and are designed to reflect the essence of Divine Love. Because of the Fall, we are affected by Original Sin and have a distorted understanding of what love and beauty means.

END_OF_DOCUMENT_TOKEN_TO_BE_REPLACED

Introduction: What’s Love Got To Do With It?

This entry is part 1 of 7 in the series What's Love Got To Do With It?

We must always understand that The Four Loves (Agape, Eros, Storge, and Philia), go outward toward another person. Love is true when it is self-giving (outward), and it becomes selfish when it turns in toward itself.

END_OF_DOCUMENT_TOKEN_TO_BE_REPLACED

Why I am an American

I am so grateful to God for giving me the opportunity to become an American.

END_OF_DOCUMENT_TOKEN_TO_BE_REPLACED

ManHusbandDad™ share’s your frustrations with what all parents have to do with their children: Constantly repeat ourselves. We come to a conclusion that we weren’t expecting when we started recording…