Is There a Place For The Consecrated Life in the ManHusbandDad Vocation?

[Editor’s Note: I have pondered the thought brought up by the question raised in the title of this post since I first received this article from Nick several months ago. I think Nick has started an important conversation that, though its conclusion may lead to a major overhaul of this web site, is an important conversation to have and may lead to significant developments in the ManHusbandDad philosophy and approach. Since Day 1 I have always held up St. Joseph as the penultimate ManHusbandDad, and I think Nick makes a strong case, inadvertently, that those who accept vocations not within theSacrament of Holy Matrimony may well be qualified as ManHusbandDads if their vocation, order, and other parts of their lives allow for that special calling. -Kristofer] 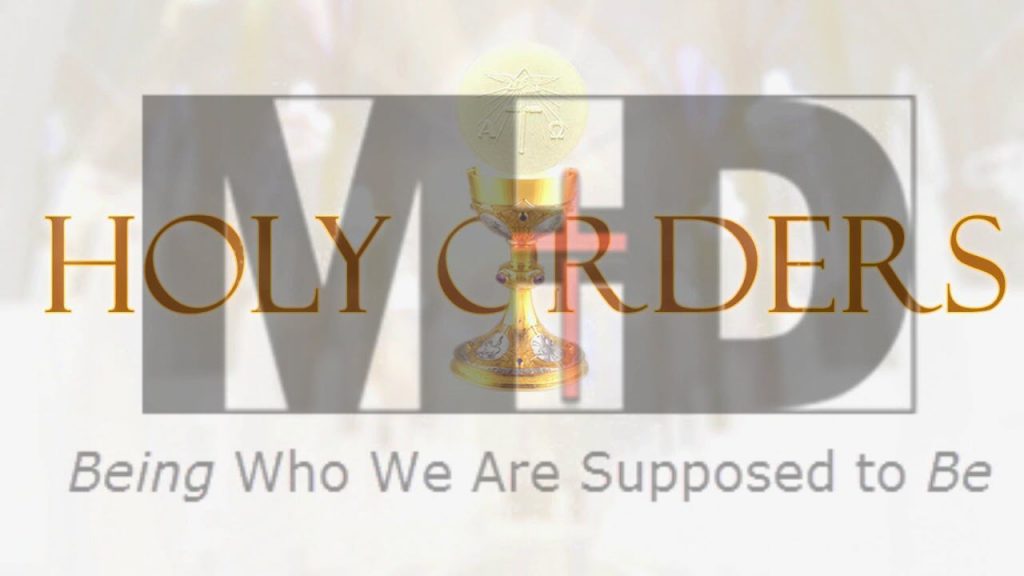 There are some in the Church today who want to remove celibacy as a requirement for holy orders. Although if this is accomplished, it will not invalidate the Sacrament of Holy Orders; it is not a good idea. We have seen throughout Church history the beautiful nature of celibacy and all that has been accomplished by those who have entered consecrated life as celibates.

In 1954, Pope Pius XII in “SACRA VIRGINITAS” wrote a beautiful encyclical praising the importance and gift that celibacy has for the Church. In this powerful document, the former pope teaches us in paragraph 20, that;

“… he that is with a wife, is solicitous for the things of the world, how he may please his wife; and he is divided.”[36] Here however it must be noted that the Apostle is not reproving men because they are concerned about their wives, nor does he reprehend wives because they seek to please their husbands; rather is he asserting clearly that their hearts are divided between love of God and love of their spouse, and beset by gnawing cares, and so by reason of the duties of their married state they can hardly be free to contemplate the divine. For the duty of the married life to which they are bound clearly demands: “They shall be two in one flesh.”[37] For spouses are to be bound to each other by mutual bonds both in joy and in sorrow.[38] It is easy to see, therefore, why persons who desire to consecrate themselves to God’s service embrace the state of virginity as a liberation, in order to be more entirely at God’s disposition and devoted to the good of their neighbor. How, for example, could a missionary such as the wonderful St. Francis Xavier, a father of the poor such as the merciful St. Vincent de Paul, a zealous educator of youth like St. John Bosco, a tireless “mother of emigrants” like St. Francis Xavier Cabrini, have accomplished such gigantic and painful labors, if each had to look after the corporal and spiritual needs of a wife or husband and children?”

As we can see from Pope Pius XII’s teachings, celibacy frees a man in order to give of himself more fully to Jesus, and to the needs of the Church. As I’ve mentioned in my series on the four loves, there is a physical and spiritual form of romantic love. The same is true in the area of fatherhood. There is a physical fatherhood which is achieved through the sexual act of making love between a ManHusbandDad and his wife. The spiritual form of fatherhood may not beget physical new life through sexuality, but begets spiritual new life (i.e., spiritual children and sanctification). Priests and religious brothers are spiritual fathers. They are in their own nature, true fathers although they may not have any biological children. Spiritual fatherhood begets spiritual children through prayer, the sacraments, and faithfulness. Faithfulness is a requirement not only for biological fatherhood, but for spiritual fatherhood as well.

As I’ve mentioned in my “What’s Love got to do With it” series, it is good that men are attracted to women, and desire to get married and make love with their wives. This is part of our human nature, and a gift from God, given to humanity. Due to original sin, our desires are disordered, making it difficult to live out Chastity, which is one of the Twelve Righteous Virtues. Society believes that having sex makes you a man, while in reality, being faithful to Christ’s teachings, including the virtue of chastity, makes you a Man.

Faithfulness is essential to fatherhood in the spiritual and physical forms. A biological father is truly a Dad, when he is faithful to his vows of commitment to his wife and children. In the area of spiritual fatherhood, a ManHusbandDad who has embraced consecrated virginity in single life, religious life, or holy orders, is truly a spiritual Dad, by being faithful to his vocation and to the teachings of Christ. When a ManHusbandDad who is a consecrated virgin is faithful to Christ, he is able to beget many spiritual children. He is a Man as he discerned, A Husband to the Church by virtue of his Holy Orders, and Dad to his flock.

Saint Francis of Assisi, for example, begot many spiritual children and had many followers, not because he looked cool in his habit, but instead was successful as a spiritual father because he was faithful to Jesus Christ. It is the faithfulness to Christ which is what attracts and draws people to become followers of God. The many men in religious life and holy orders, who are faithful to their vows and to the teachings of Jesus through His Catholic Church, is what makes people follow Christ and desire sanctity.

Celibacy will only continue to remain fruitful as long as those who are celibate remain faithful to Jesus Christ. The sexual abuse crisis which we have seen in our Church in recent times, is not the result of celibacy, but because specific men in holy orders refuse to remain faithful to Christ, and to their vows. These men who have committed the horrible sexual crimes not only abused their position of authority, but violated what it means to be a spiritual father. Sin is like a spiritual contraception. In biology, contraception prevents physical human life from being conceived; sin is a spiritual contraception which prevents spiritual life from being conceived. The abuse by bishops such as Cardinal Theodore McCarrick was a spiritual form of contraception, because his abuse prevented the chances of the victims from achieving sanctity, and having a relationship with Jesus Christ. McCarrick was not faithful to his vow of celibacy, because he saw it as something he had to do, not something he wanted to do.

ManHusbandDads who have embraced celibacy in consecrated life (single, religious, or holy orders), need to embrace celibacy as a gift.

By seeing celibacy as a gift, not just a dictate by the Church, it frees a man and allows him to remain faithful to his vows, and beget many spiritual children. It is my hope that we may all see consecrated virginity and spiritual fatherhood as a gift to the Church, and that all who are in consecrated life (single life, religious life, and holy orders) may remain faithful to their vows. I also hope that those men who are married may remain faithful to their vows as well, to be fruitful biological fathers in raising their children. It is also my hope that Husbands will always be open to the possibility of conceiving many children (new life) with their Wives. Furthermore, it is my desire that spiritual fathers who are consecrated virgins, may be always open to “conceiving spiritual new life” (i.e., spiritual children and sanctification) as well, by living a holy life.

Through the intercession of St. Joseph, the foster father of Jesus and the first ManHusbandDad, please help us to remain faithful to Jesus Christ and His teachings.

Conclusion: What’s Love Got To Do With It?

Jesus was faithful to his vows which were the New Covenant shed in His blood to redeem us. Even when...